SanctisFundMe – The Christian alternative to GoFundMe 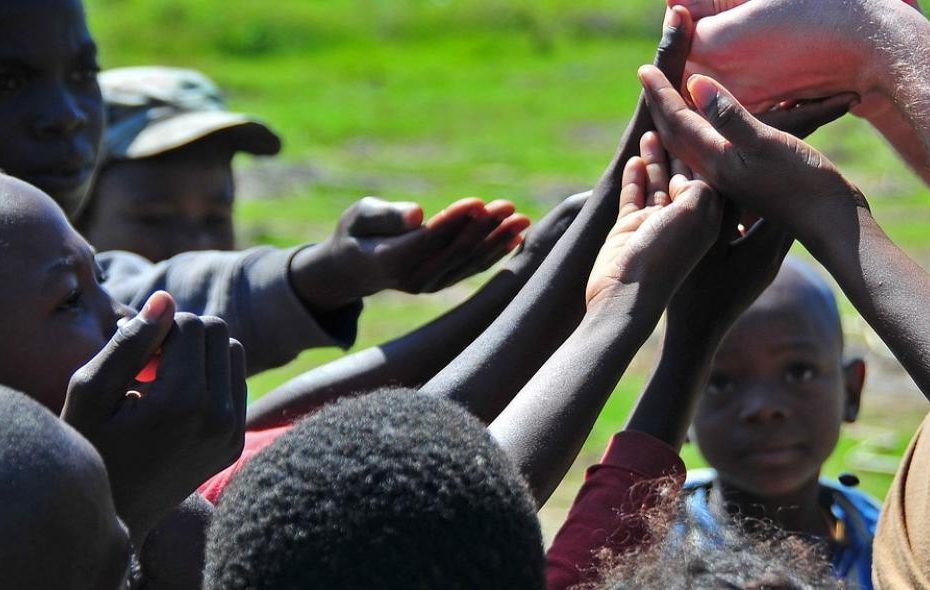 SanctisFundMe, is the free to use Christian-friendly crowdfunding platform alternative to GoFundMe and other platforms.

SanctisFundMe is founded on Christian values, and run by a Charity, to relieve poverty and support the needy.

It embraces the universal message of Christian solidarity and it is not simply Christian-friendly but dedicated to the Christian Community.

SanctiFundMe is available for both peer-to-peer and organisation fundraisers making it the ideal place for fundraisers by Christian missions, charities, dioceses or individuals.

GoFundMe, the number 1 peer-to-peer platform in the word, does not support organisation-run fundraisers and has concentrated on the personal sector where it has conquered the lion’s share of the market with a 5 billion dollar raised yearly.

GoFundMe, however, has recently received a great dose of negative publicity due to their changes in the terms of service that seem to have been aimed at discriminating Christians (watch the news coverage).

SanctisFundMe is the alternative to GoFundMe for Christians

SanctisFundMe is the alternative to GoFundMe for Christians, after the notorious platform changed its policies targeting Christians, for they traditional values, effectively discriminating them for their beliefs and religion.

Christians personal and religious values may not coincide with those of the overall society, for example on the subject of same-sex marriage. GoFundMe on several occasions has deleted fundraisers initiated by Christians on the basis that they were violating their terms of use: terms of use which were amended to make it even easier for GoFundMe to cancel fundraisers especially for religious beliefs.

“It’s a recurring problem,” declared Dominic Ismert, founder of WonderWe, to LifeSiteNews in April. “That’s a main reason I built WonderWe.” WonderWe is a crowdfunding platform focused on faith, family, and friends, seeks to meet the needs of users who, because of the values they hold, may be facing censorship from more secular platforms – added LifeSiteNews.

At SanctisFundMe however we believe that although WonderWe portrays itself as Christian-friendly it may have only been riding the wave of policies put into place by GoFundMe gaining at least some of the market share but hasn’t addressed some of the fundamental issues we see in the world of Crowdfunding websites, such as fees for organisations and charities, especially when these meet Christian solidarity.

SanctisFundMe is a free to use platform run by a Charity, founded on Christian solidarity values – there is no speculation – see the supporting documentation.

Of the many Crowdfunding platforms, a few claim to use a Zero Fee Structure. What this means is that the platform does not charge a fee for its own services and earns its keep through the voluntary donations received by donors who, at the time of donating for a campaign, can decide to support the platform too.As crowdfunding platforms spread and evolved becoming mainstream and well known, you would expect that all offer more or less the same services at similar fees, but it is not so.

The Zero Fee Structure advertised by several sites is only really available to peer-to-peer personal fundraisers not to organisations of any kind.

All platform that support organisations in their fundraising efforts charge fees between 2% and 5% making the Zero Fee Structure a marketing smokescreen.

All platforms, even those that claim to use a Zero Fee Structure, apply transaction fees.

In addition, there are no free fundraising platform for organisations, which may be small churches unable to run their own effective fundraising efforts, field missions, temporary posts. Why would they, facing the worst difficulties of all, have to pay fees?

Those involved in missions often dedicate their entire life to their work like Father Emmanuel in Accra Ghana at the St Jerome Orphanage (one of our fundraisers on SanctisFundMe), to help those that our society has left behind.

Certainly charging fees to these servants of God is absolute nonsense. SanctisFundMe does not charge any commission for their services to peer-to-peer or organisation donations.

At SanctisFundMe we also believe using the term “Zero Fee Structure” misleads the donor and greatly penalises those wishing to make small donations. A small donation may be all a person can afford, or it may be a recurrent gesture akin to dropping a few coins in the church’s donation box.

However small, a donation represents a God-loving gesture, part of the path to obtain forgiveness for our sins as we learn in the sacrament of Penance.

Scripture and the Fathers insist above all on three forms, fasting, prayer, and almsgiving, which express conversion in relation to oneself, to God, and to others. Alongside the radical purification brought about by Baptism or martyrdom they cite as means of obtaining forgiveness of sins: effort at reconciliation with one’s neighbor, tears of repentance, concern for the salvation of one’s neighbor, the intercession of the saints, and the practice of charity “which covers a multitude of sins.”

SanctisFundMe puts the donor in focus, not just as the source of funding for the campaigns on the site, but as a human, a Christian, a man of God, who is helping someone in need.

As such, his gesture is a gesture between man and God himself. We have to protect the donor, respect him, as his gesture is protecting our faith. In the words of Pope Francis “Let us learn solidarity. Without solidarity, our faith is dead.”

SanctisFundMe inevitably has to deal with banking fees like every other platform but offers 0% transactions fees for selected means of payment, this alone makes the platform unique, and, as it is a Charity, any funds raised by SanctisFundMe itself are reinvested to cover transaction fees, especially in those cases were in dealing with poor or corrupt countries we are forced to use expensive money remittance services, as traditional payment methods may not be available.

Missions in war torn areas are often the only lifeline for local street children and orphans.

One such case is the St Jerome Orphanage mentioned above, temporarily displaced in Ghana from Liberia awaiting safe conditions for their return home. Whilst in Ghana the Foundation managing the orphanage has been unable to access the traditional banking system and has been subject to the extortion of funds from local banking personnel each time money was sent to them. SanctisFundMe is not only about setting up a campaign and let people deal with it, expect them to have easy access to standard banking. SanctisFundMe goes the extra mile and works closely with those on the territory, on their mission, discussing and finding ways to let them receive their funds. This often implies additional costs, which are covered by the charity’s funds.

In conclusion, SanctisFundMe is today the only free-to-use Crowdfunding platform dedicated to the Christian Community which offers a truly Zero Fee Structure and not just for peer-to-peer transactions but also for organisations, charities, dioceses, missions, pro-life organisations etc.

Additionally, SanctisFundMe is the only and first Crowdfunding platform run by a Charity creating the first and only truly Zero Fee platform at the service of the Christian Community.

SanctisFundMe relies on donations to keep its services free. We do not charge any commissions but we still have some basic admin expenses. Your help is crucial to our mission.